Are Your Relationships Causing Self-Doubt and Unhappiness? by Steve Scott

It is important to always know the difference between good and evil.  Part of leadership or trusting someone to help you is your belief that they know what is good for you and what isn’t and will act to protect you from what isn’t.  Relationships will be disastrous without awareness of good and bad.

The frog and the scorpion appear at the bank of the river at the same time.

The frog is about to jump in and swim to the other side.  The scorpion sees what is happening and engages the frog in conversation.

“Mr. Frog—I am a scorpion and cannot swim.  Would you be kind enough to let me hop on your back, swim across the river and deposit me on the other side?  I would be grateful.”

The frog looks at the scorpion and says-“no way.”  Scorpions sting frogs and kill them.  I’d be out there halfway, you would sting me and I would drown.”

The Scorpion looks at the frog and says, “Mr. Frog you are not using your frog brain, you are not thinking.  If I sting you out there halfway you’d drown and I’d drown.  I’m not interested in committing suicide.  I’m just interested in getting to the other side.  Please do me the favor.”

The frog thinks about it and says “okay that makes sense.”

The scorpion hops on the frog’s back.  The frog starts swimming across the river.

Sure enough, halfway across the river the scorpion stings the frog.  They are now both in the water and are about to go down for the third time.

The frog cannot believe what is happening.

The scorpion replied:  “Because I am a scorpion.”

The Lessons For Us From The Frog And The Scorpion

There are no true friends without trust.  The scorpion has no friends in nature.  It cannot be trusted.  It will try to seduce or maneuver its prey to sting it.  The only way to be safe from a scorpion is to stay away from it……..completely.  The frog failed to understand this.

But there is something much bigger here.  The frog compromised the principle of his existence, safety.  The scorpions in our lives want us to compromise our principles of safety, happiness, positive self-esteem and conducting our lives with integrity.  They thrive on stinging others with uncertainty, mistrust, lies, rumors and blame which causes chaos and sorrow.

Most importantly, their communication is designed to create fear, lack of trust and the greatest enemy of all, uncertainty.  When you are stung with uncertainty you become paralyzed.  At this point your business and life can feel like one of constant turmoil, watching your back and wondering (uncertainty) what’s going to come next.  And this will drain you of your energy, passion and joy.

With scorpions in your life you can feel like you are weakened, tired and surviving in life instead of thriving.  How do you recognize scorpions?  That’s a good question.  They are not always easy to spot.

Initially, most of them seem very nice.  But that is just a tactic to get you close enough to sting you.  And the way most human beings engage each other is through conversation, the fundamental form of communication.  Scorpions are very often great conversationalists.  But they all have one characteristic.  Their conversations create doubt and uncertainty among those they associate with.

They do this by creating “The Triangle.”  If there is something they don’t like about you they will not communicate it directly to you.  They will tell one of your friends or trusted associates.  Now the friend or trusted associate is burdened with some information that is negative about you.  They become anxious because they now doubt you and don’t know what to believe.  And your friend feels distanced from you because they are withholding some negative information that they don’t want to share and aren’t sure if it is true.

The scorpion in the meantime puts on a good face and is nice to you and your friend but the damage has been done.  Where the scorpion should have communicated his feelings or questions about you to you, they have now brought a third person in which creates “The Triangle.”

The next time you see your friend he or she is carrying the sting of the scorpion with them into your relationship.  They might not be as warm or open.  Or, they just keep it to themselves but the whole time they are wondering.  And now that the scorpion has planted some doubt with his sting, your relationship with your friend slowly and imperceptibly begins to deteriorate.

You really don’t see it at first.  But one day, always when there is something important, it will come to the surface.  And, this friend that you trusted for some reason didn’t support you.  You are shocked.  You are hurt.  You are angry.  And worst of all you are now full of self-doubt.

How To Deal With Scorpions

So, if you find you have a scorpion relationship in your life you have to take action.  The scorpion by nature is a scorpion.  It will never change.  Now some of you may be saying I am being way too harsh.  But, when your happiness and having a good life is at stake you must deal with the scorpions.

After all, life is not a practice session.  You get no do overs.  But you can start over.  Start over by getting rid of the scorpions in your life.  You will never feel strong and be the person you were meant to be and want to be until you do.

There are three things you can do with any relationship.

But, because he chose to expand the relationship with the scorpion, even when he knew better, he paid for it with his life.

With scorpions no kindness goes unpunished.  Good relationships are diminished.  No communication is trustworthy because the scorpion creates “The Triangle.”  Scorpions live to sting.  They gain their sustenance from the hurt and pain they inflict on others.

Learn from the frog and the scorpion.  The nature of people never truly changes.  The scorpion was needy.  He seduced the frog into thinking he had changed.  But the reality was that once his neediness was satisfied his true nature showed itself.  He never changed. He was always a scorpion.

Steve Scott, The Houston Business Coach collaborates with and supports business owners, individuals and corporations to create pathways to accelerate the process of their successful performance. You may reach Steve at [email protected] or at 281-376-2790. 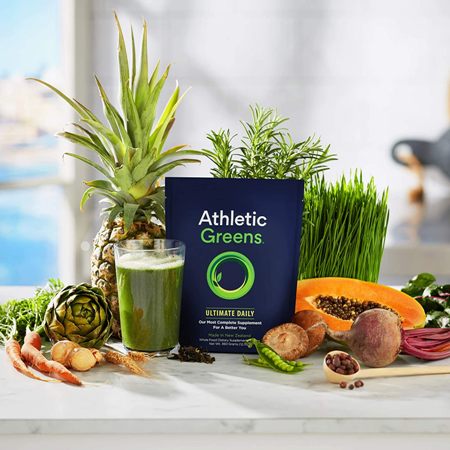 “…it is safe – total integrity….It takes less time than I thought and it’s more effective than I imagined.”

There are those times we are on the mountaintop and the current winds seem to blow favorably in our direction. The air is sweet and bliss abounds. How can we be so happy, have things going our way, and feel so favored? Oh yes, those are glorious times!  And then, the wind current changes and… Read more ““…it is safe – total integrity….It takes less time than I thought and it’s more effective than I imagined.””

“…you did a great job tightening up…spaces that may have had long pauses…very happy with it.”

It’s taken me a few days to find the courage to listen to myself being interviewed by you…you did a great job in tightening up the places that may have had long pauses because of my dual thoughts.  I’m very happy with how it turned out.  It’s the first interview I’ve done.  I’ve spoken well… Read more ““…you did a great job tightening up…spaces that may have had long pauses…very happy with it.””

“She comes up with ideas that I would NEVER have thought of that make such perfect, natural sense.”

“…sit comfortably in your own vulnerability…methods are gentle and penetrate deeply.” 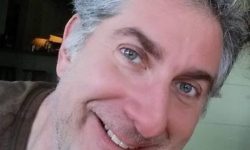 Sheryl’s gift is to invite you (or me in this story) to sit comfortably in your own vulnerability. You may not call it that, but it is what you most fear, and probably most desire, if not love. She shows you how to find comfort in the place you try to run from. Her methods… Read more ““…sit comfortably in your own vulnerability…methods are gentle and penetrate deeply.””